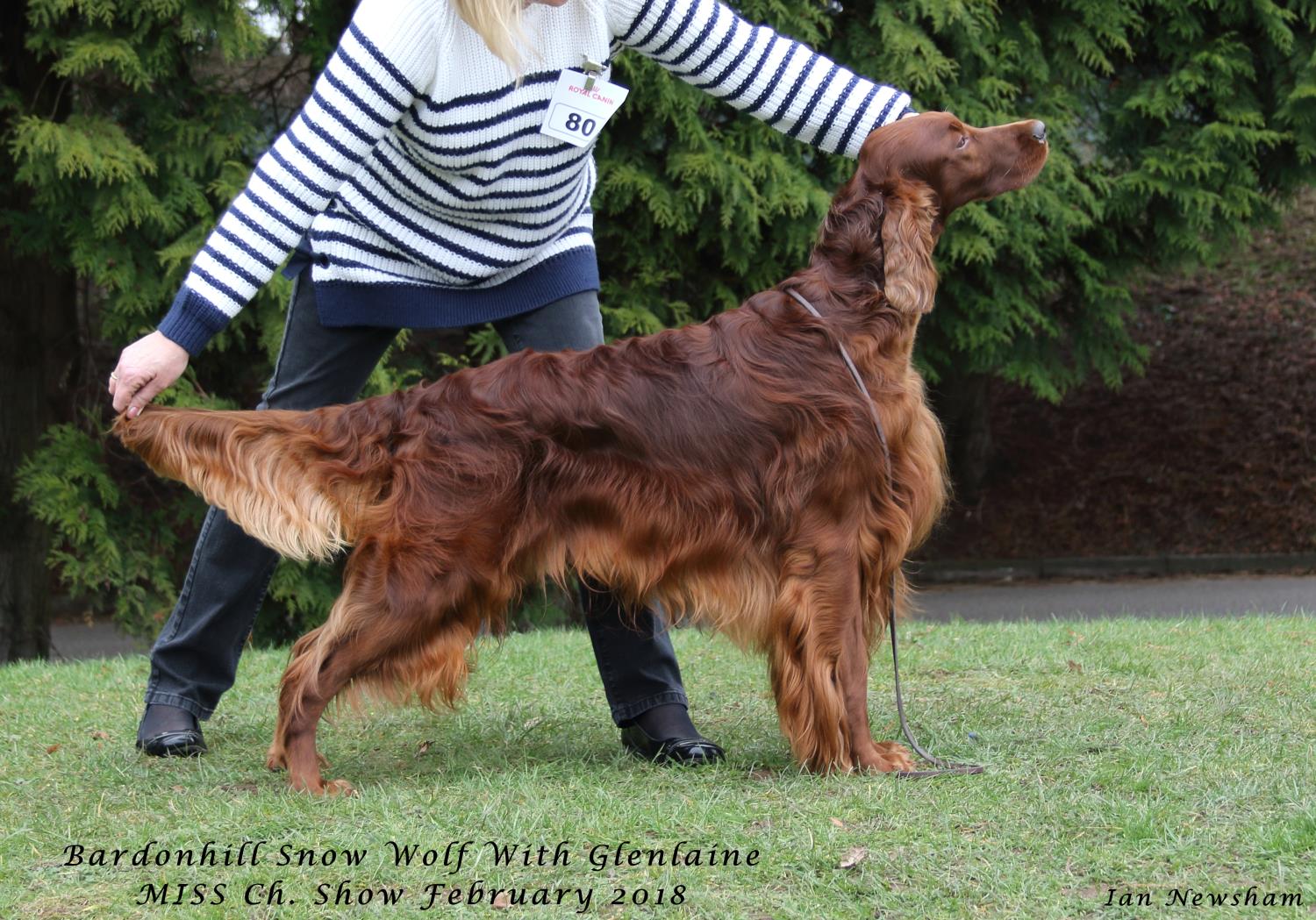 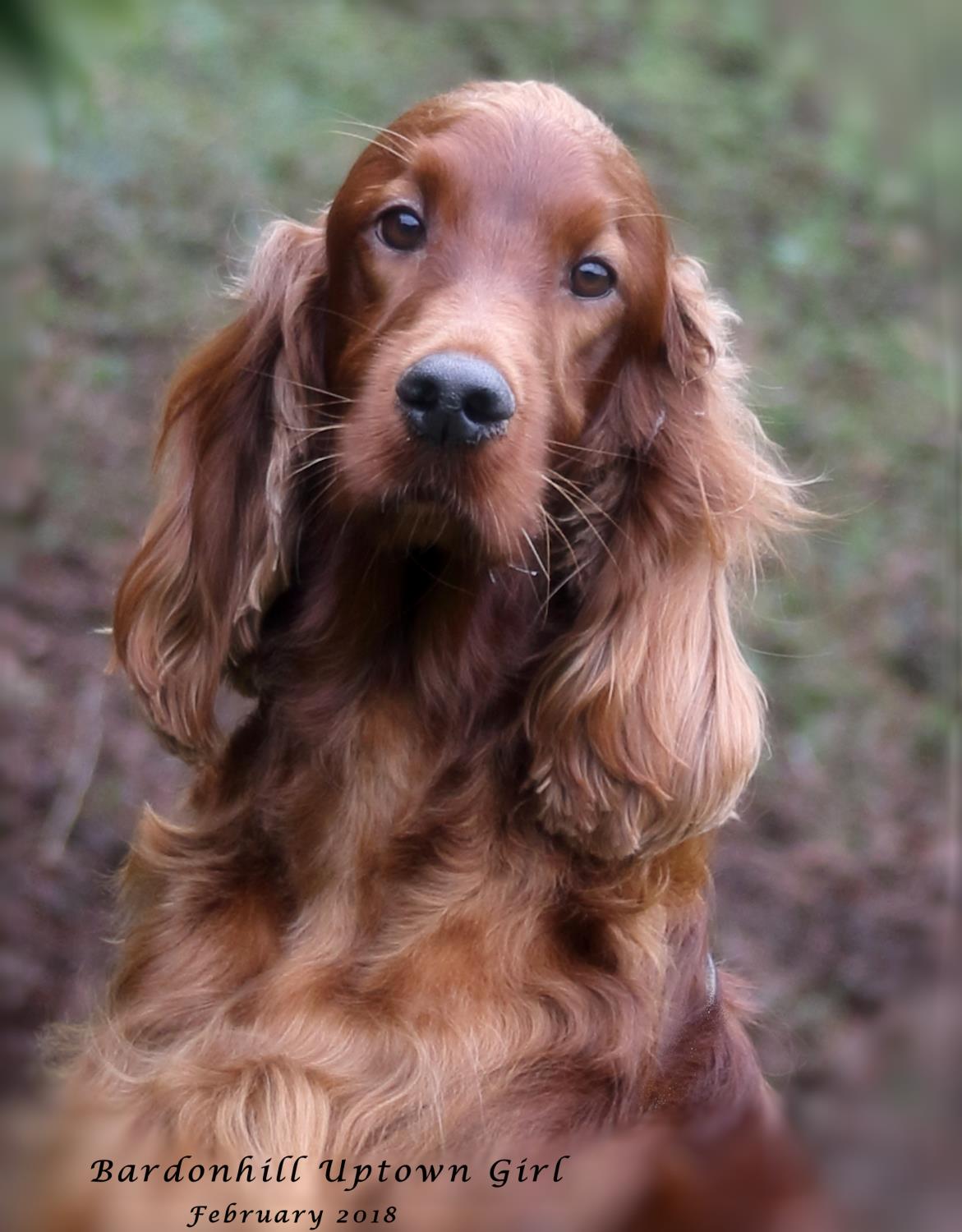 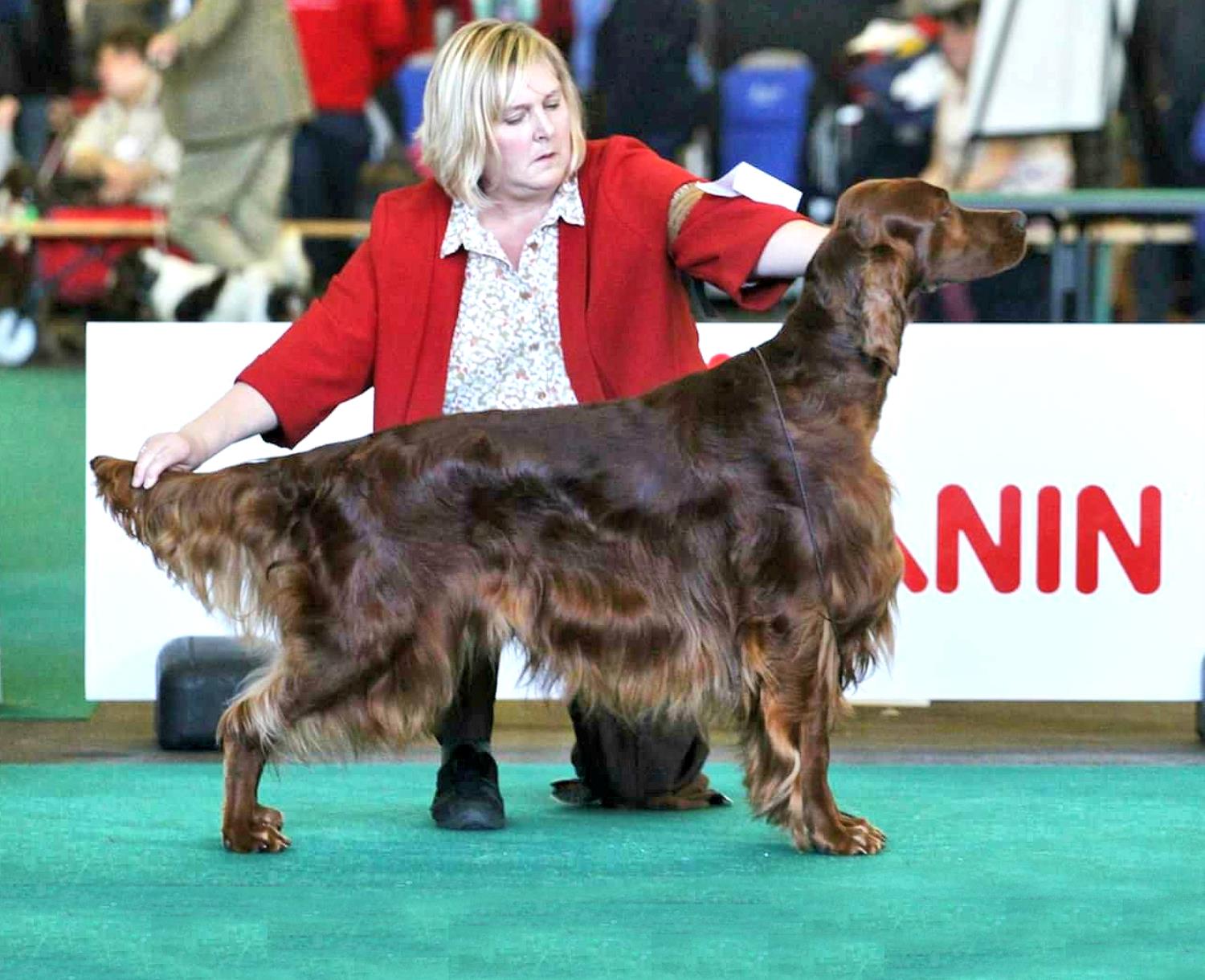 At the North East of England Irish Setter Club, Sincere thanks to judge Jean Walters who awarded Maxim his 4th Challenge Certificate. 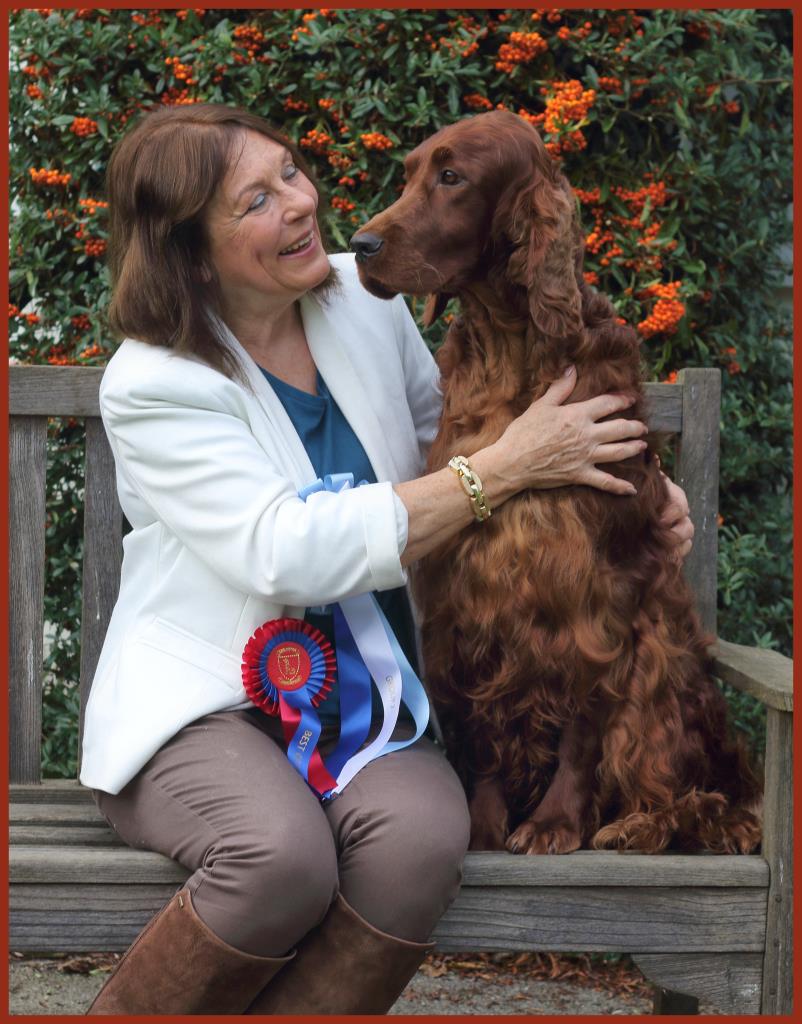 Our sincerest thanks to all the judges who have made 2017, and especially the last three weeks.
an Autumn to Remember Forever.

Thanks also to all of you who have sent messages, emails and Congratulations they are very much appreciated.

Maxim was bred by Diane Stewart-Ritchie,
Diane you made it all possible - Thank you, we hope we have made you proud. 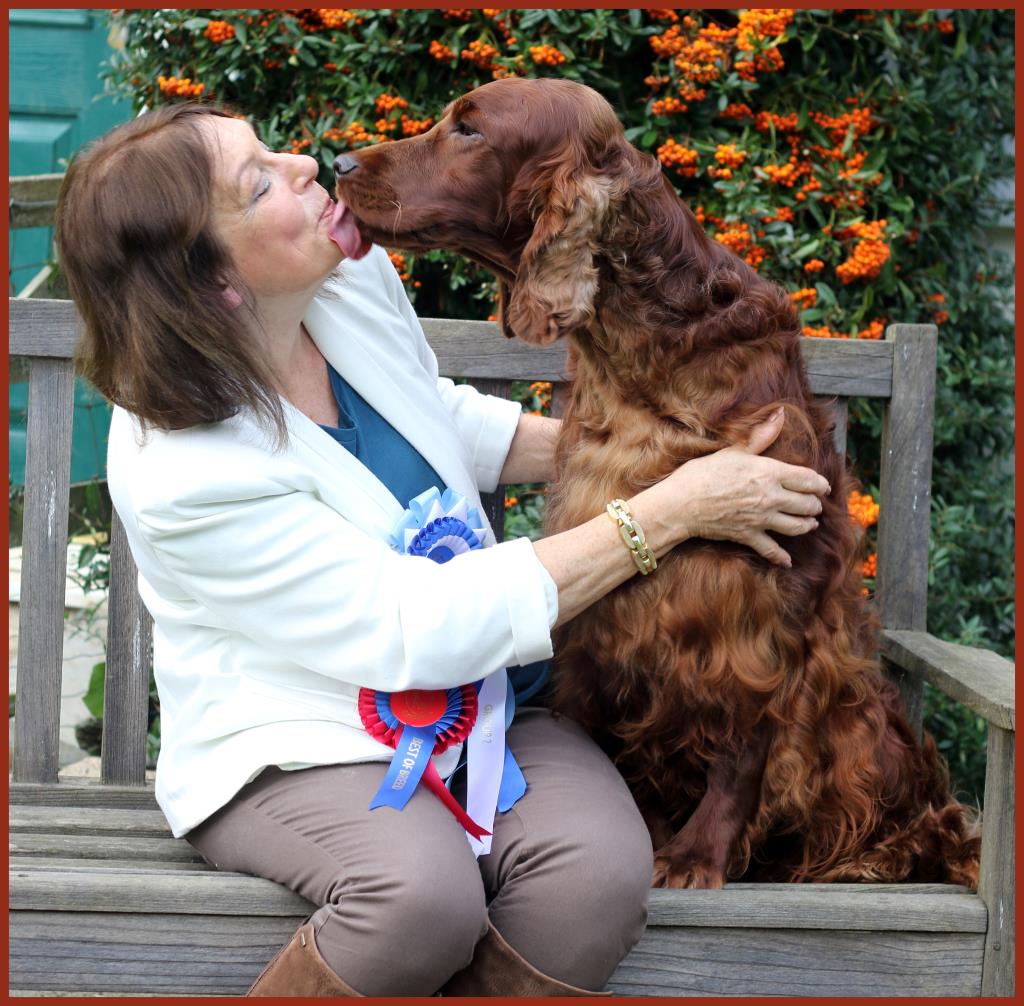 ‘Yeah Maxim, you and me, we can ride on a star’

A second fantastic result within two weeks when Maxim was awarded his
2nd Challenge Certificate and Best of Breed
at Birmingham Championship show on 3 September.
A big thank you to judge Linda Richardson - we are over the moon 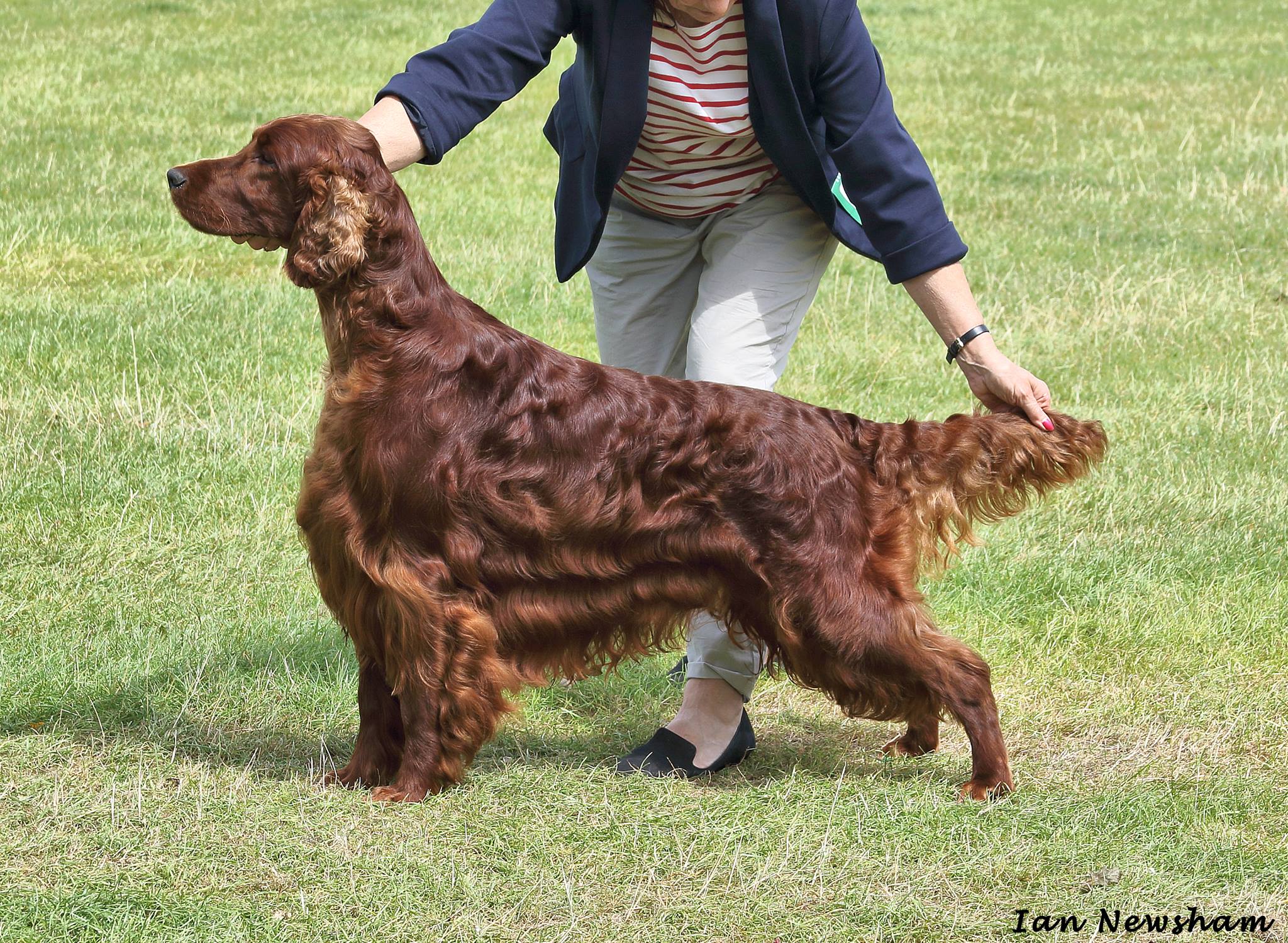 at the Scottish Kennel Club Championship Show on 27 August
we were thrilled when Maxim,
Gwendariff D'Ya Know My Name By Bardonhill JW
was awarded his 1st Challenge Certificate, Best of Breed and shortlisted in the Gundog Group,
Sincere thanks to judge Steve Richardson and also to his breeder, Diane Stewart-Ritchie. 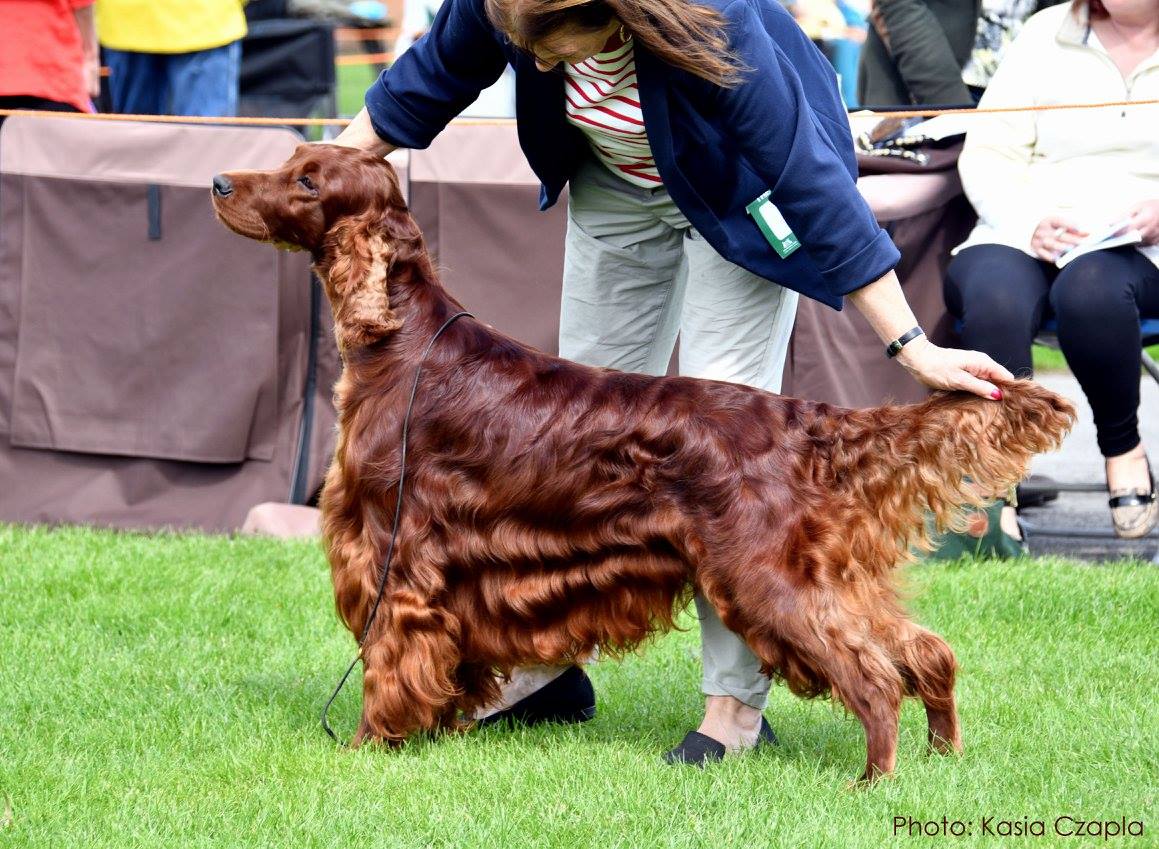