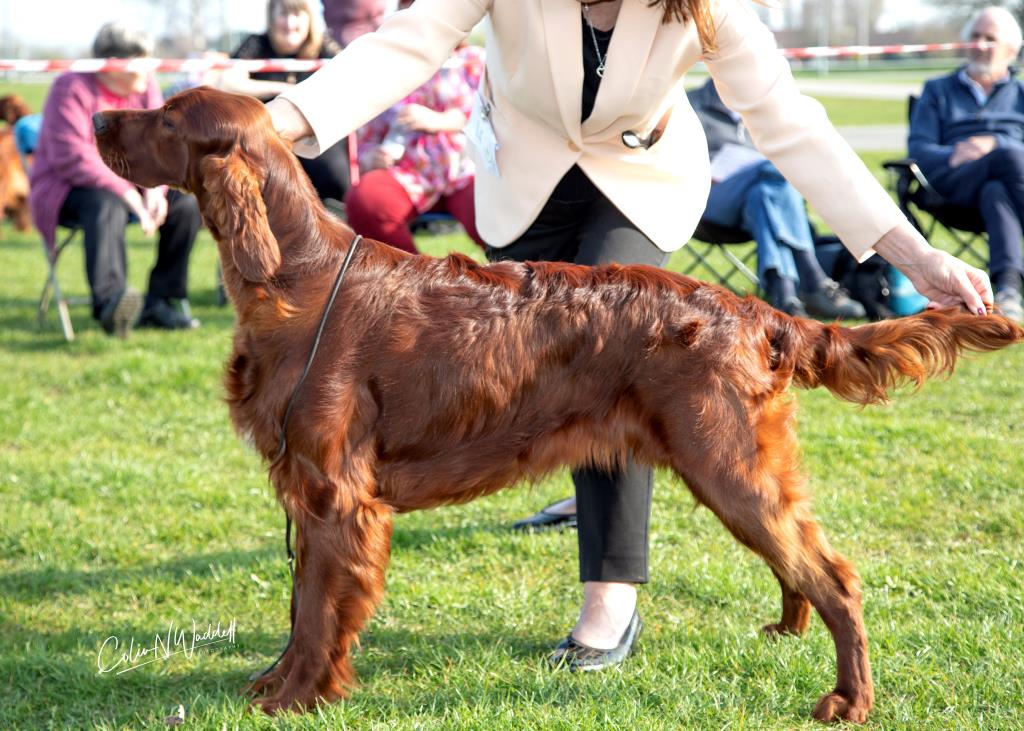 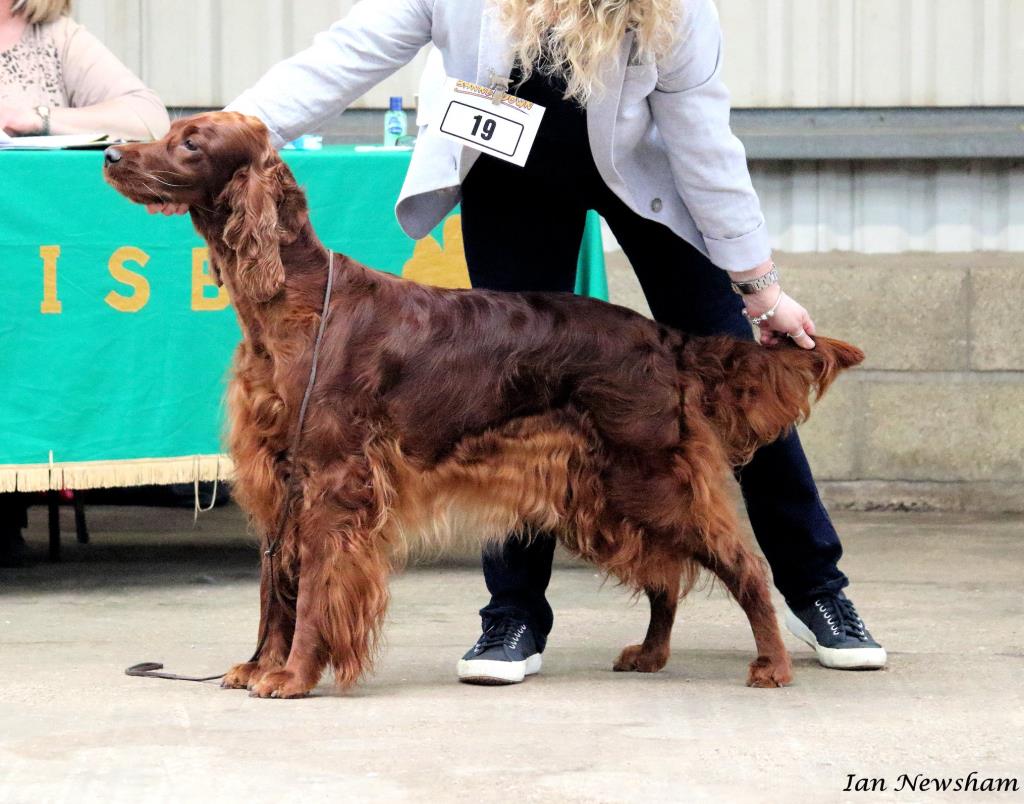 Sincere thanks to judge Mrs Linda King (Kirkavagh)
Bailey gained her 1st Challenge Certificate at Southern Counties in 2016 under judge Julie Wilkins (Margretwoods)
and her 2nd   at Scottish Kennel Club 2018 under judge Moira Launchbury (Morechale)
Bailey's sire is Lynwood Lark in The Dark JW and she was from Madge's (Bardonhill Days Are Diamond JW) 2nd litter
We are so proud to say that she is the third Show Champion produced  by Madge
From her first litter came
Sh.Ch. Bardonhill Please Don't Tease Quensha JW
(Sired by Lynwood Kiss Chase at Caervista)
Paige is owned by Richard Bott, Anthony Allen and Angela Morgan
and from her third litter came
Sh.Ch. Bardonhill Eternal Flame Among Amberlight JW
(Sired by Sh.Ch. Kerryfair Snowfox JW)
Rowan is owned by Paula and Phil Lucas 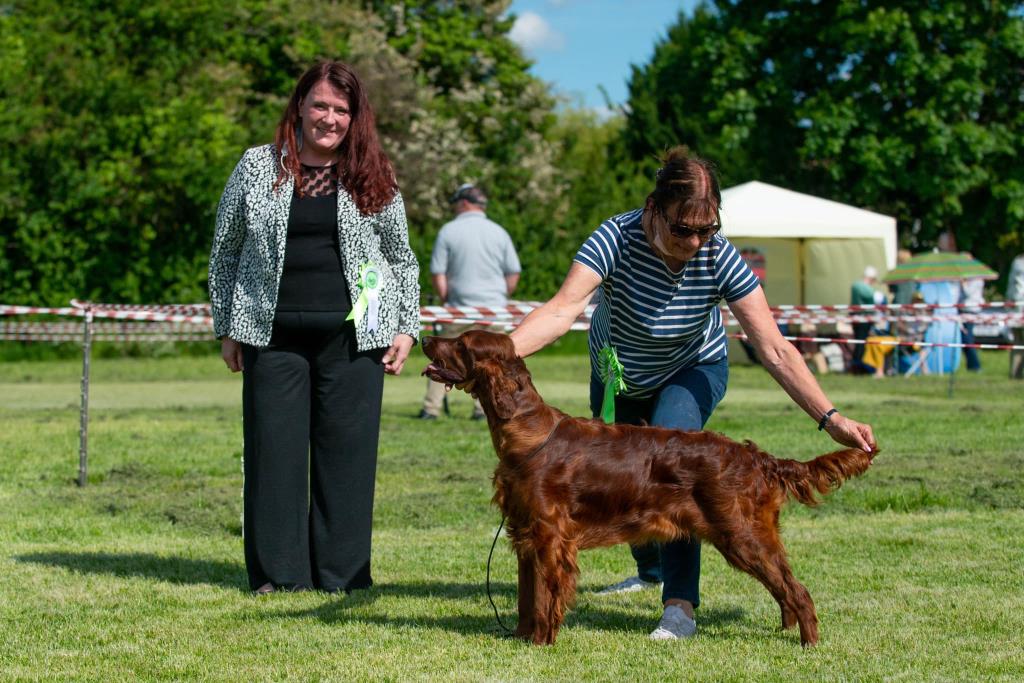 We were delighted when Jessamine

was awarded Best Puppy in Show at the Irish Setter Association, England, Open Show.
It was her very first appearance, anywhere, which made it an even more special day for us.
Sincere thanks to judge: Kerry Chorley.
We were equally proud that, at both of the ISAE Shows,
Best Puppy in Show, Best Puppy Dog and Best Puppy Bitch ......
all had Bardonhill Dams.

Congratulations to Rowan,
Sh.Ch. Bardonhill Eternal Flame Among Amberlight JW
owned by Paula and Phil Lucas
on his super win at Crufts 2020.
Rowan was awarded the Reserve Dog Challenge Certificate 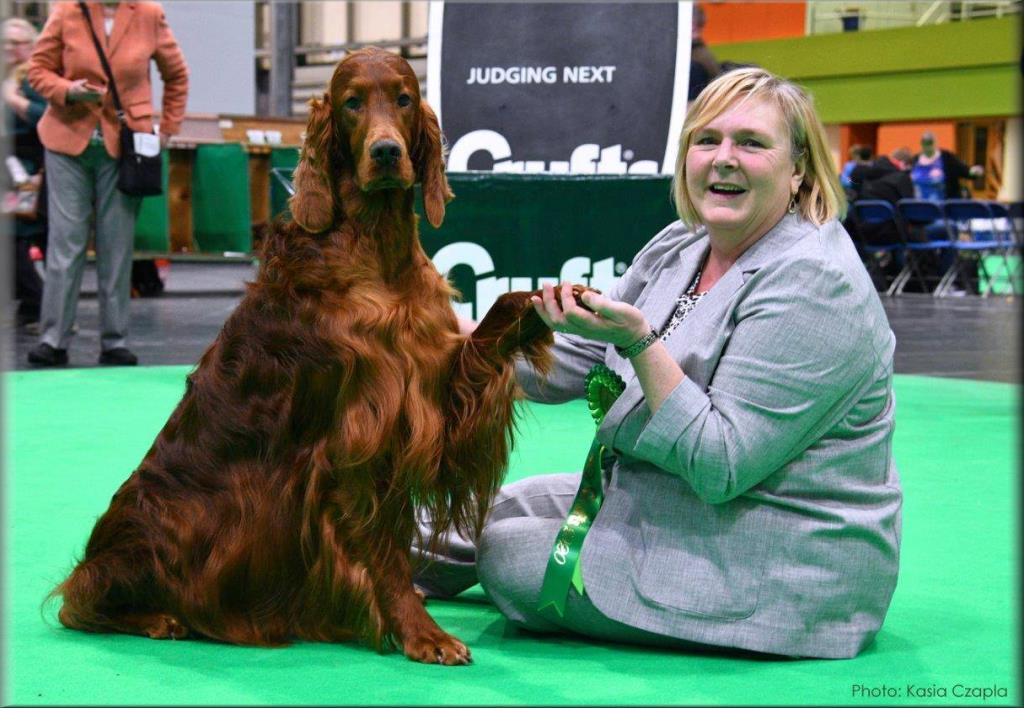 Read her remarkable story and return to the show ring....

Warning - before you look, this article contains photographs of x-rays which some of you may find upsetting. 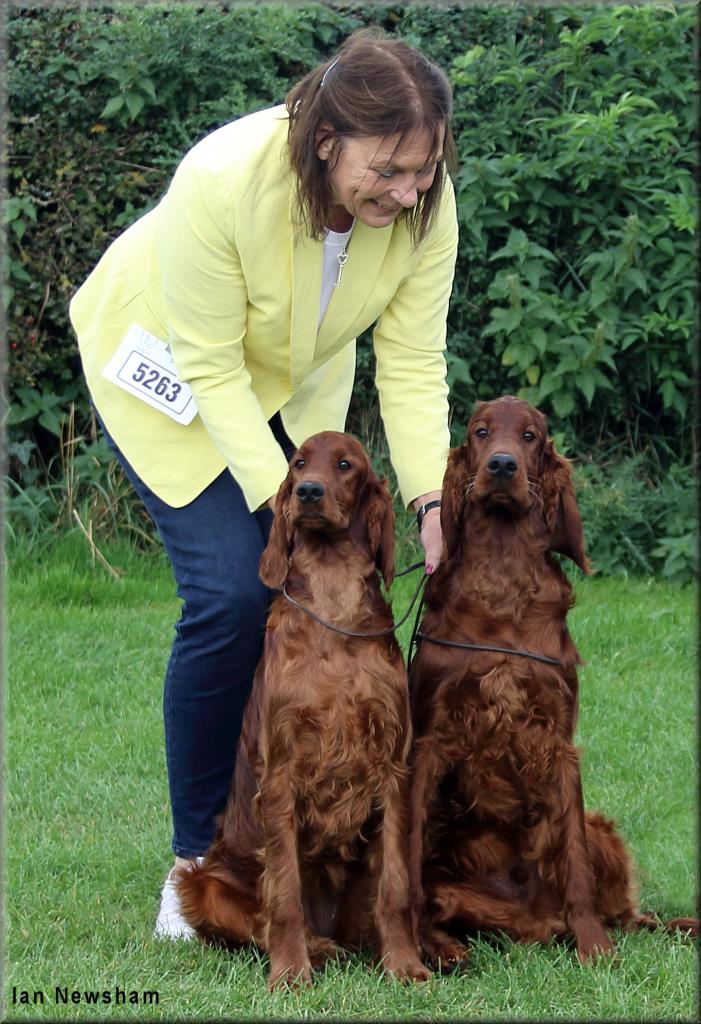 Congratulations to Finn, owned by Tracey Davies,
who has just gained his Kennel Club Good Citizens Bronze Award
on 26 November at the tender age of 9 Months 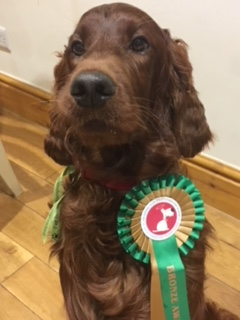 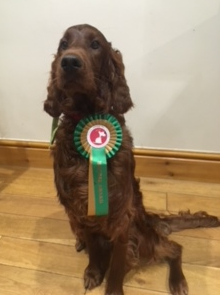 Winston had a super day- at The Setter and Pointer Championship Show on 2 November
where he was awarded  1st Minor Puppy, 1st Puppy and Best Puppy Dog
Thanks to judge: Mrs Sandra Christian 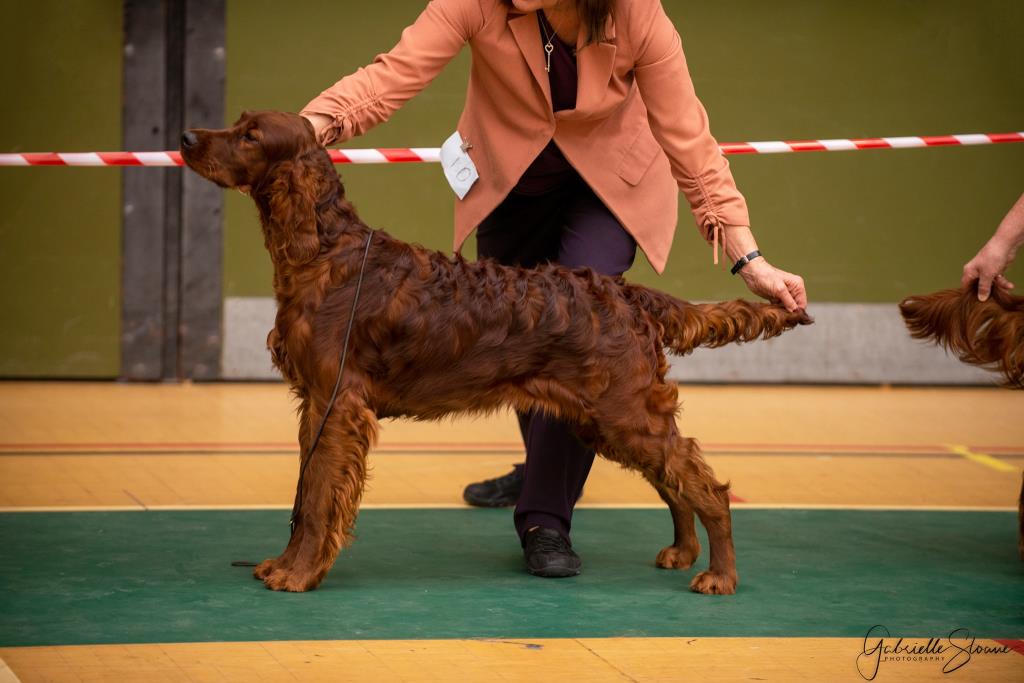 A never to be forgotten day at the North East of England Irish Setter Club,
where Rowan gained his 3rd Challenge Certificate
and his Show Champion title
followed by Best in Show
Sh.Ch. Bardonhill Eternal Flame Among Amberlight 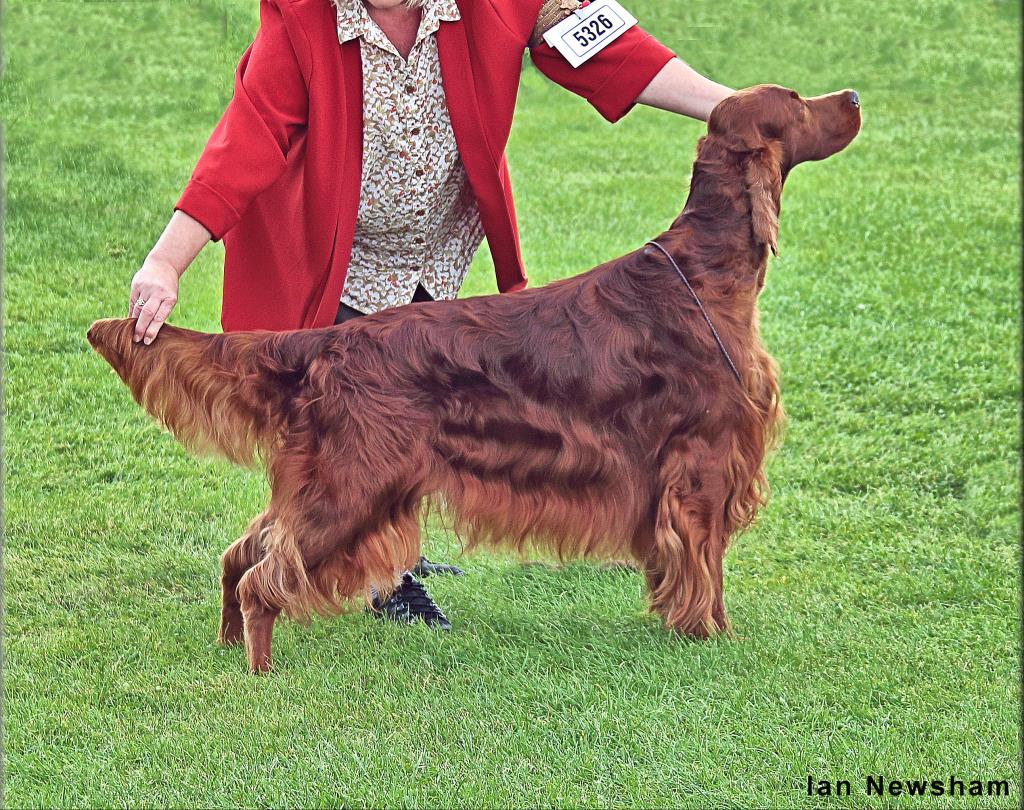 Many Congratulationf to his owners
Paula and Phil Lucas 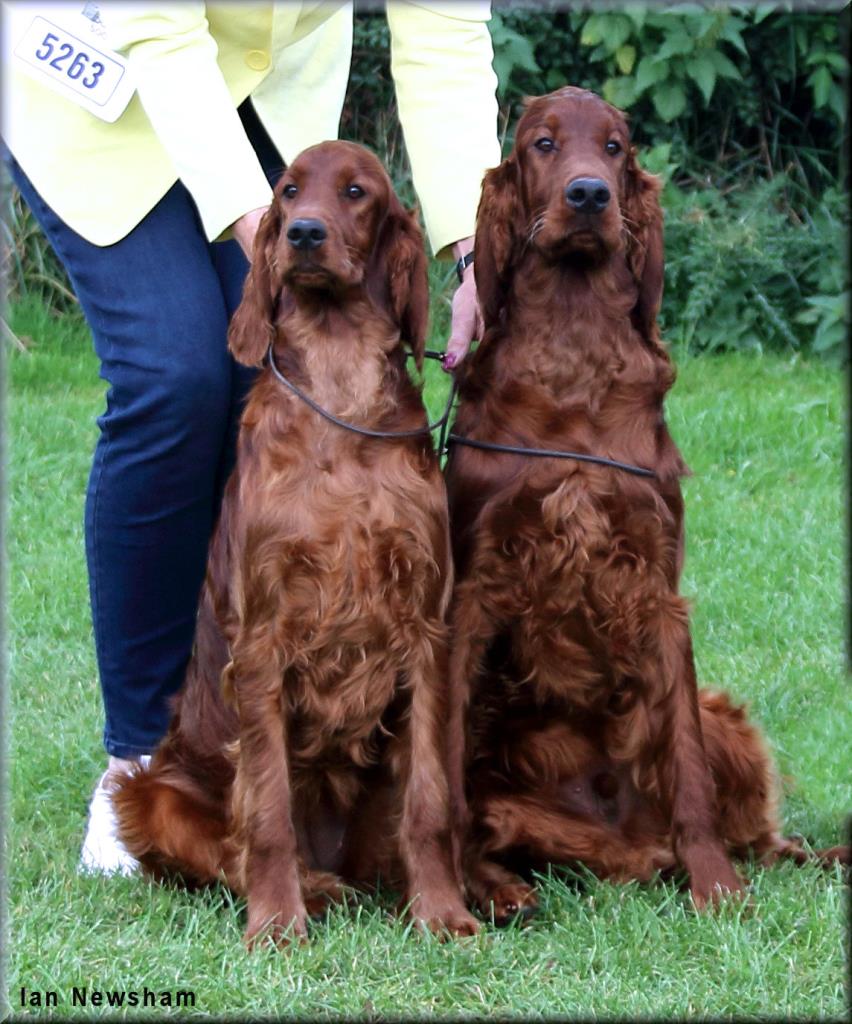 A fabulous day for Bardonhill under judge Mrs Elizabeth Laidlaw
where Rowan, owned by Paula and Phil Lucas,
was awarded his 2nd Challenge Certificate, followed by Best of Breed 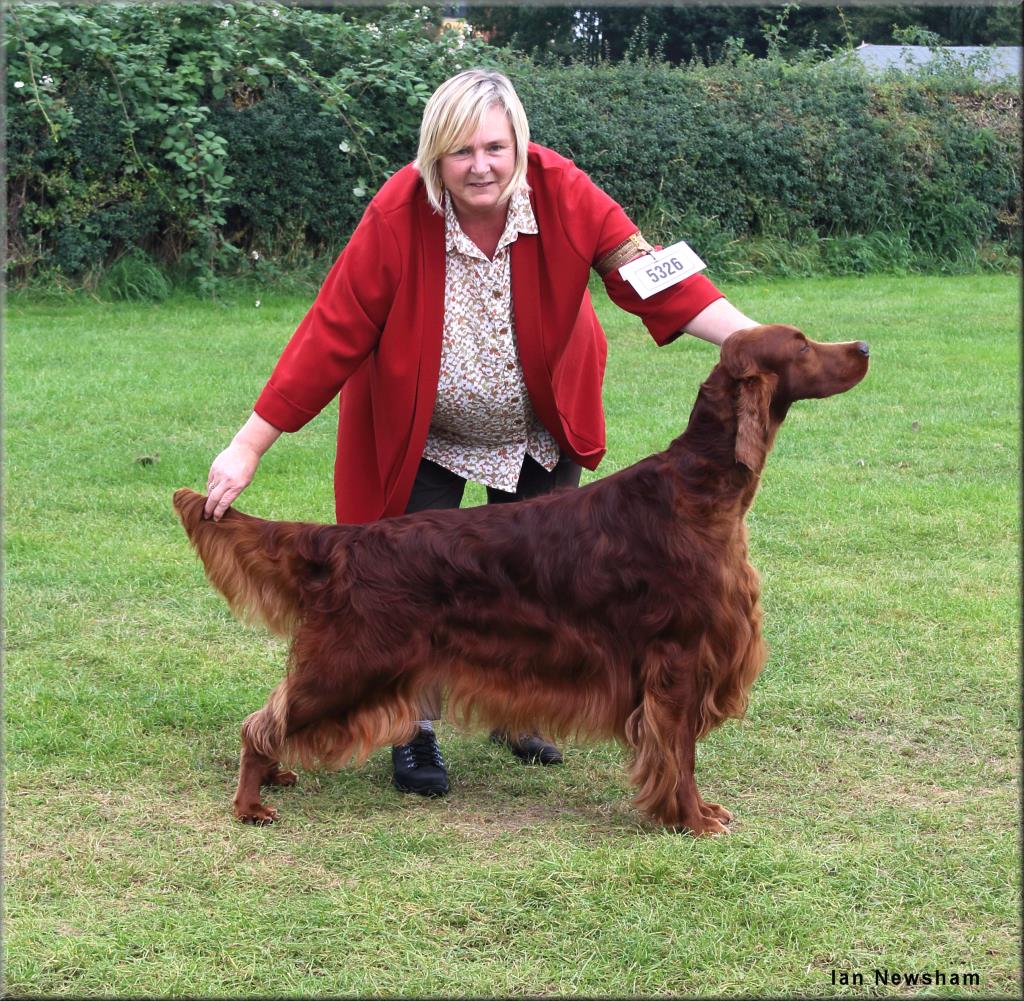 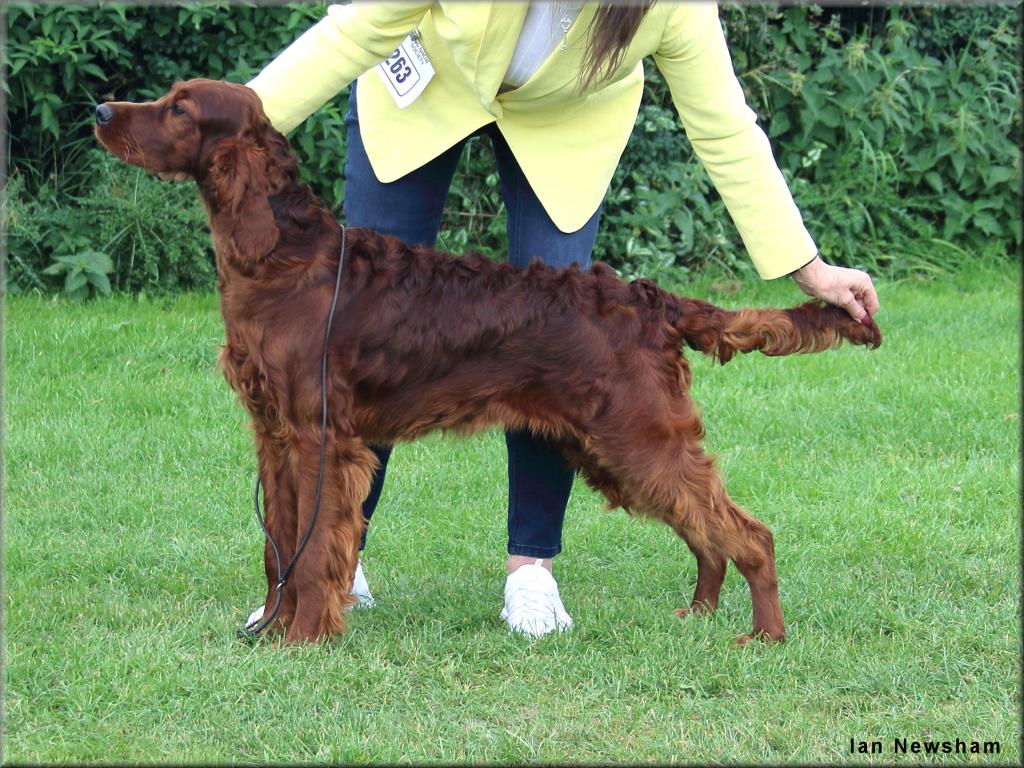 Bardonhill It's Oh So Quiet
~~~~~
and our newest Bardonhill exhibitor Susan Davison,  who only started showing this year,
was thrilled to win 1st in Junior 2nd Yearling and 1st Novice Dog with Howard 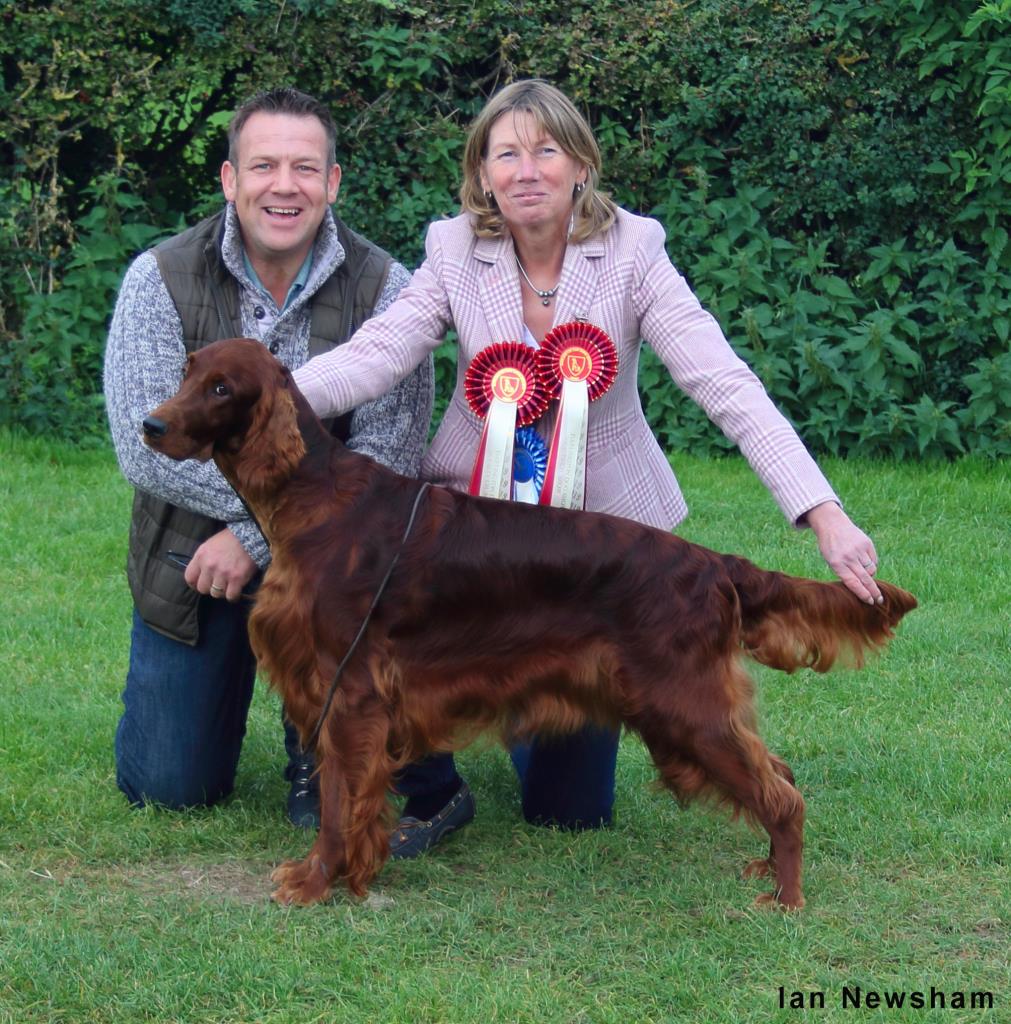 not forgetting Marley, owned by Terry & Jenny Dodds
who was 2nd Minor Puppy Dog and qualified for Crufts at his very first show 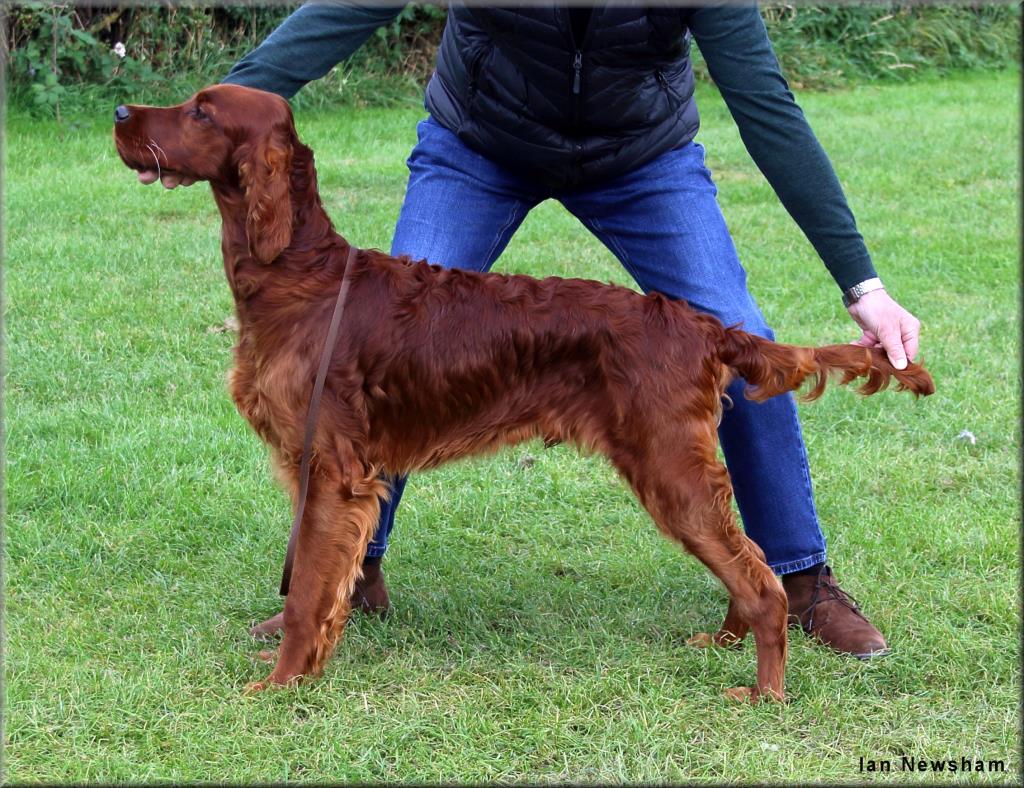 Bardonhill Any Dream Will Do